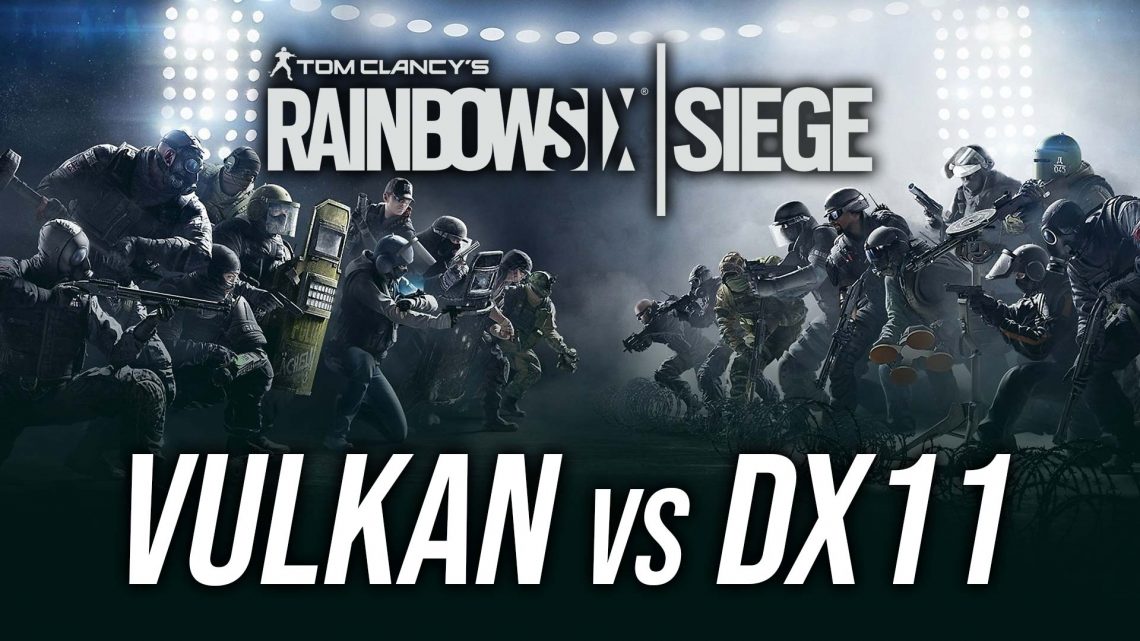 Rainbow Six Siege now has Vulkan support, which will boost performance of the game. Let’s compare Vulkan performance with DirectX 11 in some benchmarks!

This testing has been completed with the Lenovo Legion Y540 gaming laptop with Intel i7-9750H CPU, Nvidia GTX 1660 Ti graphics, and 16GB of DDR4-2666 memory in dual channel. All testing has been done with AC power, I don’t recommend playing on battery if you can avoid it.

How to launch Rainbow Six Siege with Vulkan

You’ll get these options when launching Rainbow Six Siege with Steam once it’s updated:

In the past, the default and only option was DirectX 11, however Vulkan is now an option too.

Here are the performance differences when using the games built in benchmark tool at all setting levels. 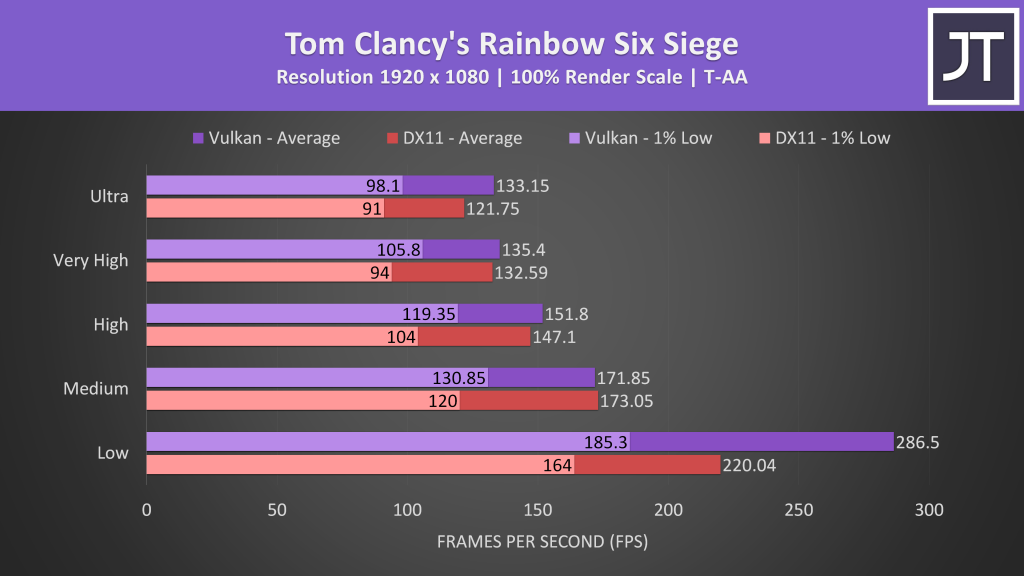 In almost all instances, Vulkan is coming out ahead in terms of performance when compared against DirectX 11. These are the percentage improvements seen to average FPS with Vulkan compared to DirectX 11 for average frame rates.

At almost all setting levels, Vulkan was performing better. The exception was medium settings, where Vulkan was only just a little behind in my test.

The boost to 1% low with Vulkan means that the dips in performance are lower compared to DirectX 11, so game play should be smoother with Vulkan. The average FPS results were less consistent, however overall there was still an 8% performance boost when averaging all 5 setting levels.

I think it’s great that Rainbow Six Siege now offers Vulkan support. I hope more games put the effort in to implement this in the future! I will start using Vulkan for future R6 testing, as it clearly offers better performance. I hope this test has shown you the difference between R6 Vulkan and Normal. 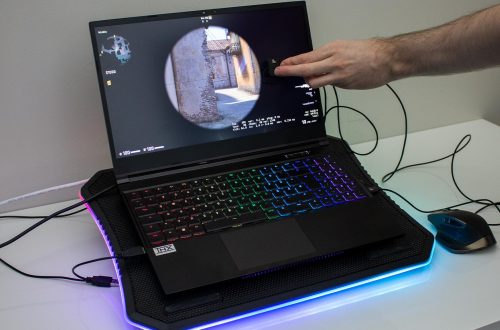