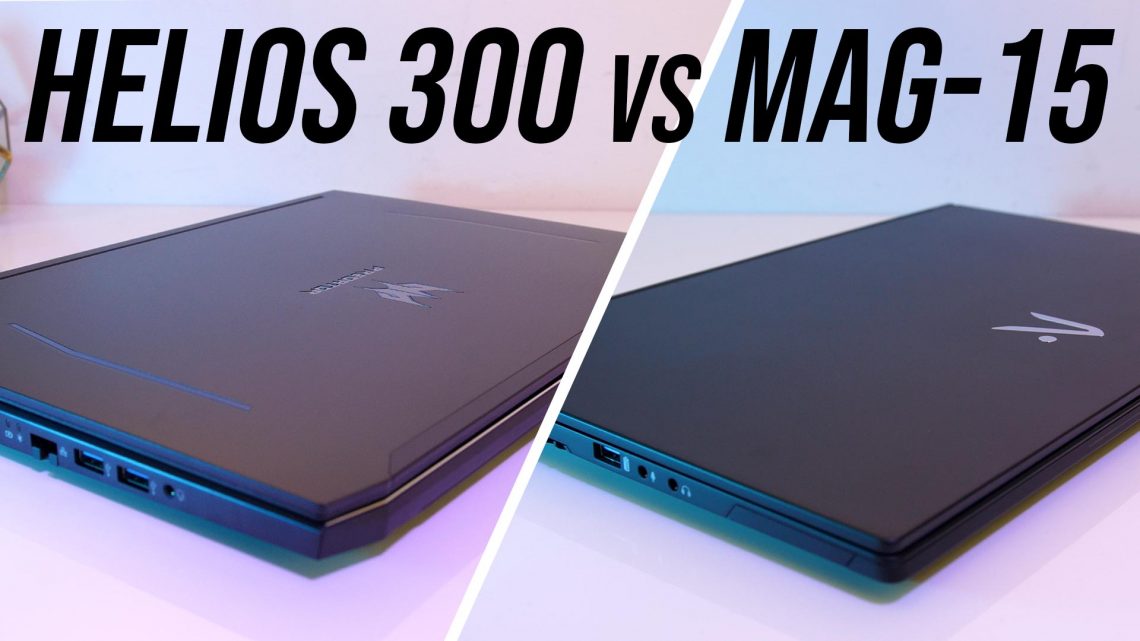 The Acer Helios 300 and Eluktronics MAG-15 have similar hardware specs, but there’s a $500 price difference between them, so which should you buy? I’ll help you pick in this comparison!

For me personally, the MAG-15 is a better pick for content creation, but if I was just after a bang for buck gaming laptop, I’d go the Helios 300 – Here’s why.

Despite both laptops have the same key specs in this comparison, there were some interesting performance differences between these two laptops.

By default out of the box, the Helios 300 has a -0.125v undervolt to the CPU. The GTX 1660 Ti is also overclocked with turbo mode enabled, +160MHz to GPU core and +320MHz to the GPU memory. While these tweaks can be manually made to the MAG-15 with software like Throttlestop and MSI Afterburner, the fact is most users either don’t know about this or aren’t willing to try, so the Helios 300 will offer an edge to the non-enthusiast crowd – let’s start out with a few games. 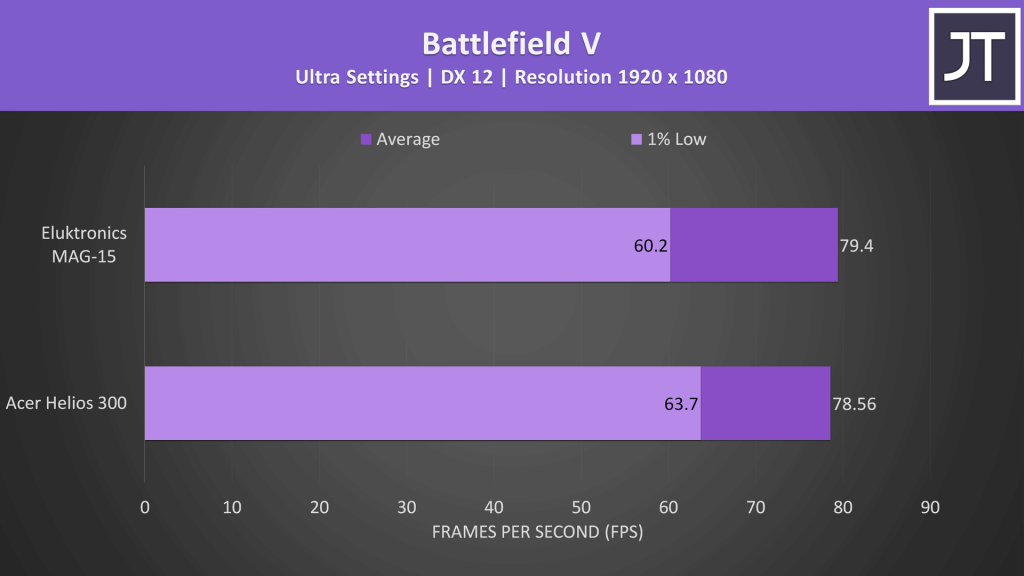 In Battlefield V the MAG-15 was slightly ahead for average FPS, however the 1% low was a little lower, probably owing to the Helios 300 having a -0.125v CPU undervolt by default out of the box. 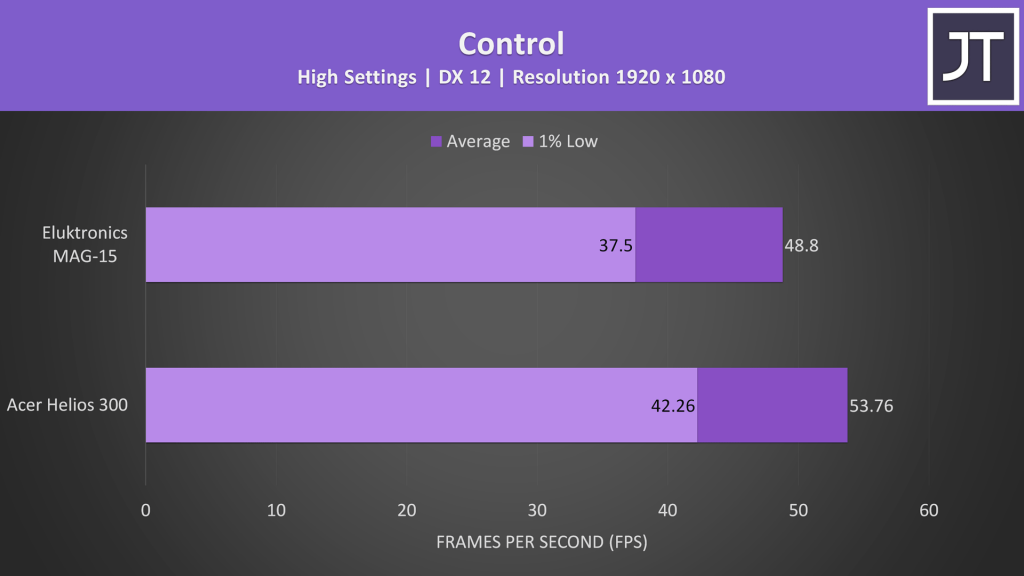 Control was performing better on the Helios 300. 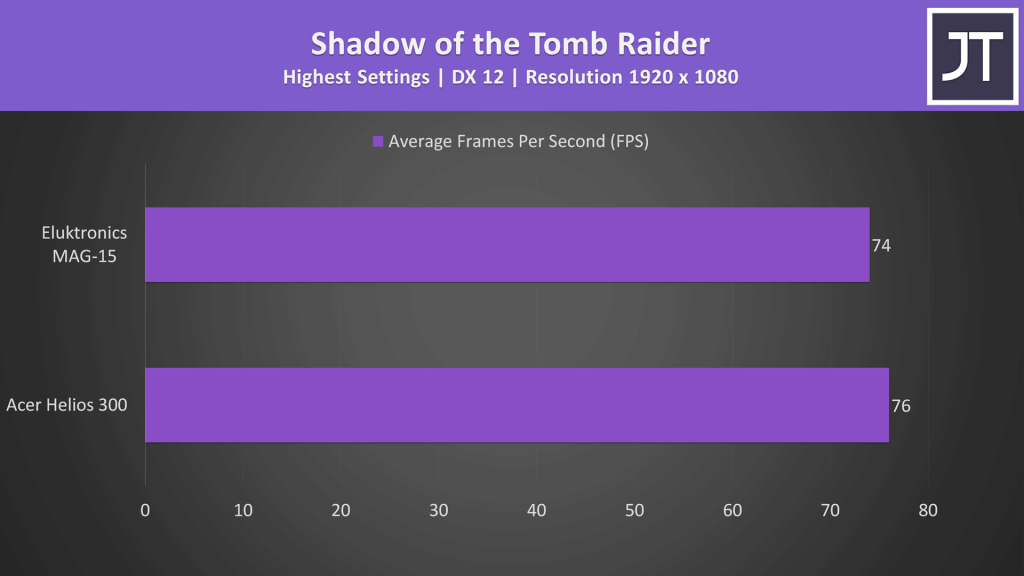 Shadow of the Tomb Raider was also performing better on the Helios 300.

The MAG-15 is also available with a higher tier Nvidia RTX 2070 Max-Q GPU, however I’ve shown that this generally isn’t worth paying more money for in the below video:

The difference in features is what sets these two laptops apart so much in terms of pricing, there are four key differences between these two gaming laptops.

If you require any of these extra features, then be prepared to pay more money for the MAG-15. If none of these interest you, then the Helios 300 will offer a superior gaming experience out of the box for less money.

In terms of pricing, the Helios 300 costs around $500 USD less money when compared against the MAG-15, so that’s definitely going to give it an edge if you’re shopping with a tighter budget.

Which of these two gaming laptops would you pick and why? Let me know in the comments! I’m interested to hear how important the extra features of the MAG-15 are, and if you think they’re worth paying more for. For me personally, the MAG-15 is a better pick for content creation, but if I was just after a bang for buck gaming laptop, I’d go the Helios 300.