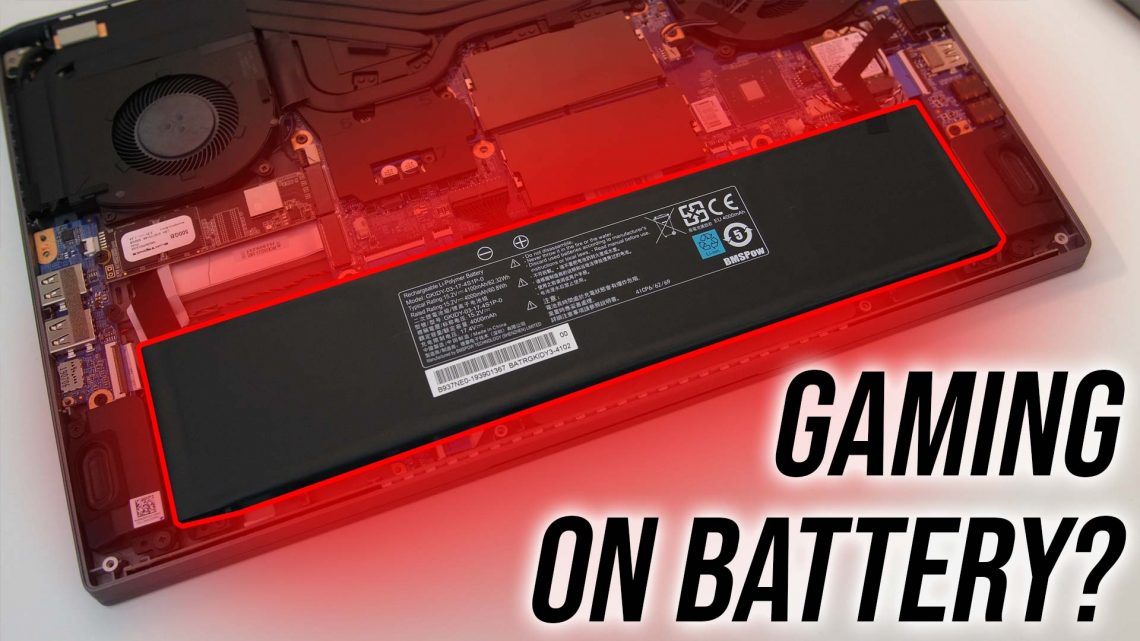 
People seem to assume that simply because it’s a gaming laptop, you’re going to be able to play games no problem on battery power. This is far from the truth, here’s what to actually expect.

Even if higher frame rates are possible, this will typically drain the battery faster. Faster battery drain often results in higher temperatures too. This is why Nvidia Battery Boost caps the frame rate of all games to 30 FPS by default. You do have the option of increasing this through Nvidia GeForce Experience, however.

Even if performance is acceptable, for modern games, you’ll be lucky to play for an hour on battery. Battery life will of course vary by machine based on the specs inside, size of the battery, and the game you’re playing though. Less demanding titles, such as indie games for instance, will last much longer.

If you don’t need the machine otherwise, you’re out somewhere away from power and want to play a game for an hour and accept the issues covered here, then sure go ahead.

I get a lot of comments that imply people are playing games on battery at home, stopping when the battery runs out, waiting to charge up, then going again. This one really makes no sense to me. If you’re at home, you’ll likely readily have AC power available (how are you charging it, if not?).

Not only will you get better performance being plugged in, intentionally going through constant discharge/recharge cycles is a good way to reduce the life of the battery. The thought process seems to be that leaving the battery at 100% charge is worse, but that’s not the case.

Yes, leaving the battery at 100% charge for long periods of time when not in use is not optimal, but I don’t think this justifies the alternative just mentioned. Basically, if you can plug the power adapter in, do it.

Some gaming laptops can’t even handle it

When I test battery life while gaming, I play The Witcher 3 at medium settings with the default 30 FPS frame cap from Nvidia Battery Boost. As soon as I remove the power cable from some machines though, the frame rate dips down below this.

The amount it dips depends on the laptop and the battery, I’ve tested some that are instantly not even playable though. Many are capable of at least hitting 30 FPS in that game, but many will run at 20 FPS or lower the entire time, it varies.

Many laptops will simply drop to unplayable levels of performance anywhere from 30% charge remaining or below. You may not even able to use the full charge. Some will be able to offer a stable frame rate until the battery runs out completely, but that’s not always the case.

For the most part, most people who are gaming on battery power should just use an AC adapter. You’ll get better performance, degrade the battery slower, and not have to wait to charge back up. Realistically, I think it only makes sense to consider playing games on battery power if you’re away from AC power and are happy to trade your charge for an hour or so of fun.

Personally, I would not buy a gaming laptop with the intention of ever being able to use it for high demanding tasks on battery power – but that’s me. If you game on battery power, let me know why in the comments, I’m interested to hear if I’ve missed something!